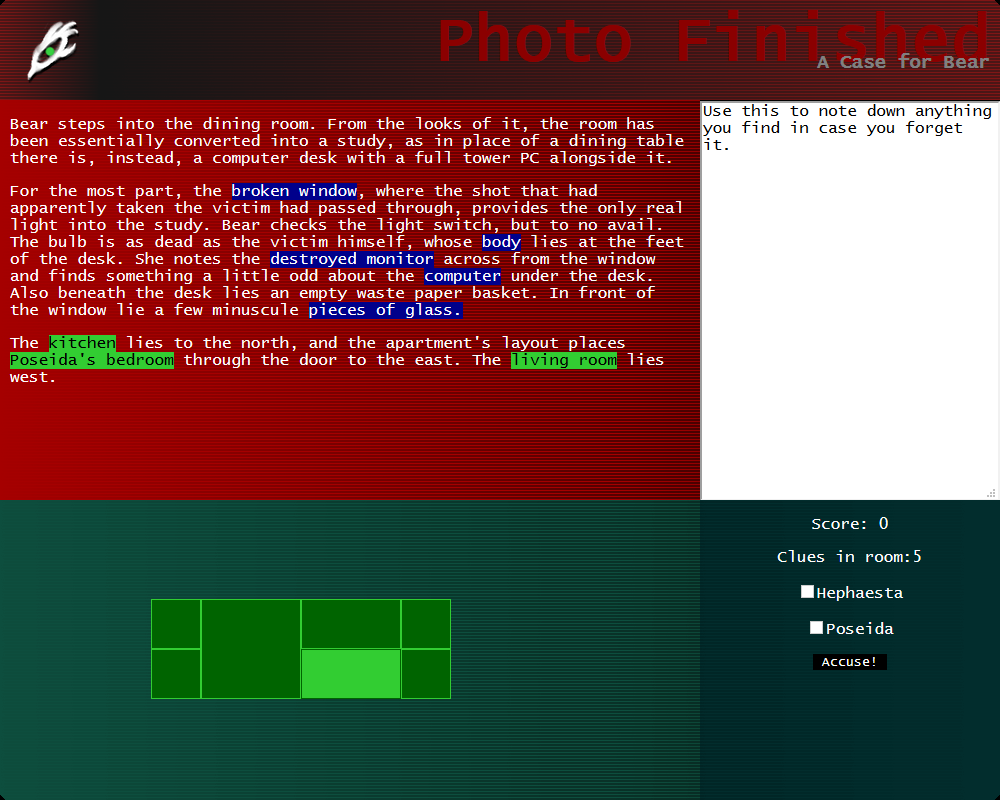 Developed for the module “Client-side Customisation of Web Pages”, Photo Finished is a small Browser-based text adventure (which possibly overly stretches the term slightly with its graphical UI) in which the player, in the role of an amateur detective in a small English village, must get to the bottom of a murder that has just occurred next door to a friend, and determine whether the two witnesses to the crime had a direct hand in events.

To that goal, the player must investigate visible clues within each room of the house (highlighted in a blue background), some of which may raise questions that may shed some light on the incident, and clear up the potential anomalies in the witnesses’ own stories.

The player may move between rooms, highlighted in green to show that there is a direct access route (usually a door) between that room and their current location. However, the game also offers a gradually-unlockable “fast travel” map that allows direct travel to previously-visited rooms, regardless of distance.

A small area to the right has been included for taking notes over the course of the game. However, this is not persistent, and exiting the game will result in the loss of those notes.

Once all clues in the house have been investigated, the opportunity to make your decision as to whether the player would like to point the finger at either of the witness – or both – will become available, with the option to simply not make an accusation at all. Ultimately, your decision will affect the final outcome.

The game offers some rudimentary scoring based on the answers you have given with clues that offer a question, with correct answers resulting in a higher score.

Written with a combination of HTML, CSS and JavaScript. Many of the decisions made in the creation of this project may not be considered ideal in a professional capacity, but were deemed suitable enough given the intended goals of the assignment and the limited knowledge of web development given up to this first-year module. In addition, it should be noted that the story itself was not afforded a significant period of time to fully research and write, given the limited time frame of the assignment. There will likely be some inaccuracies across the board in the story, some that might even embarrass the writer of just about any television police procedural. 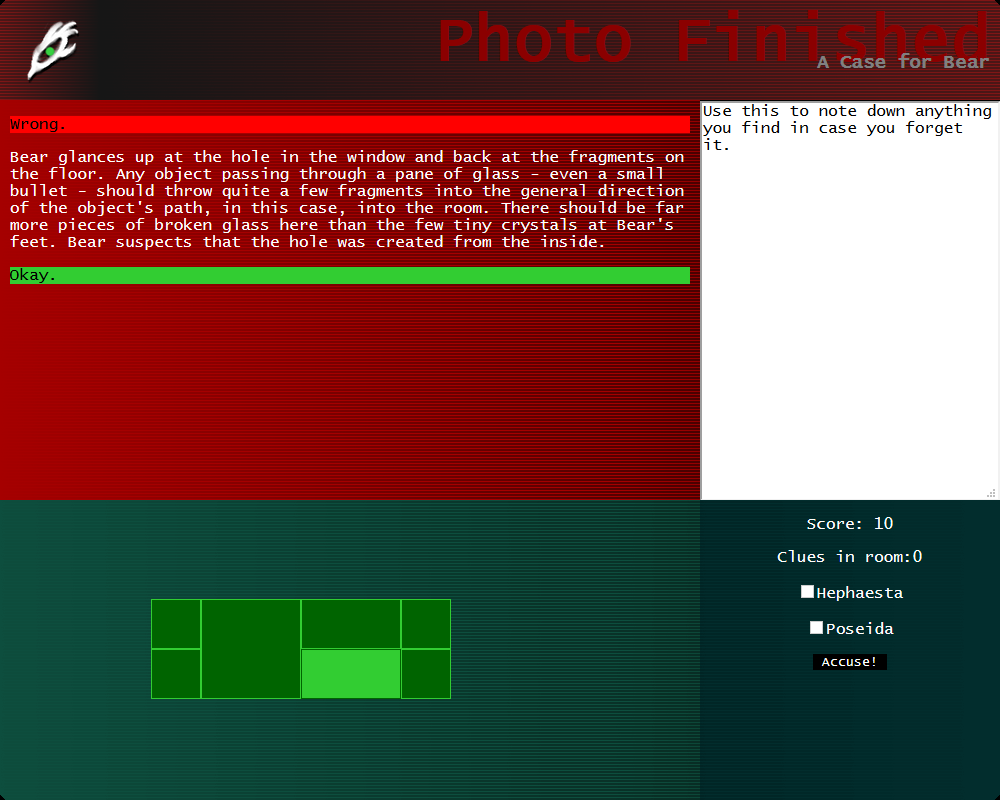 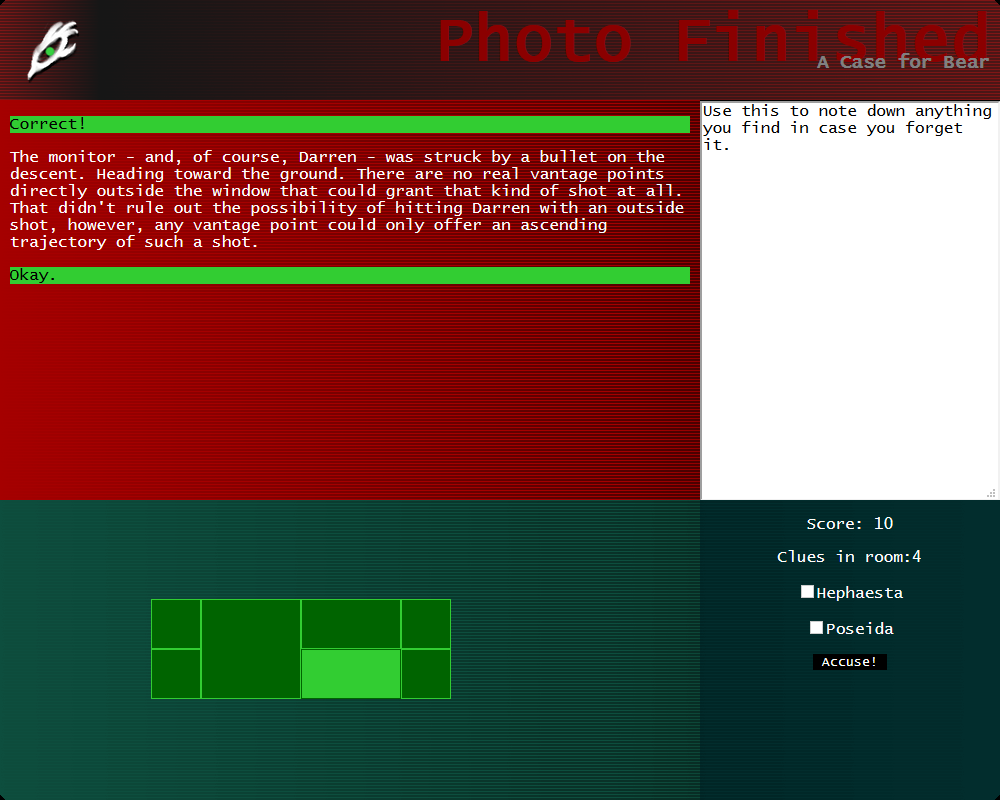 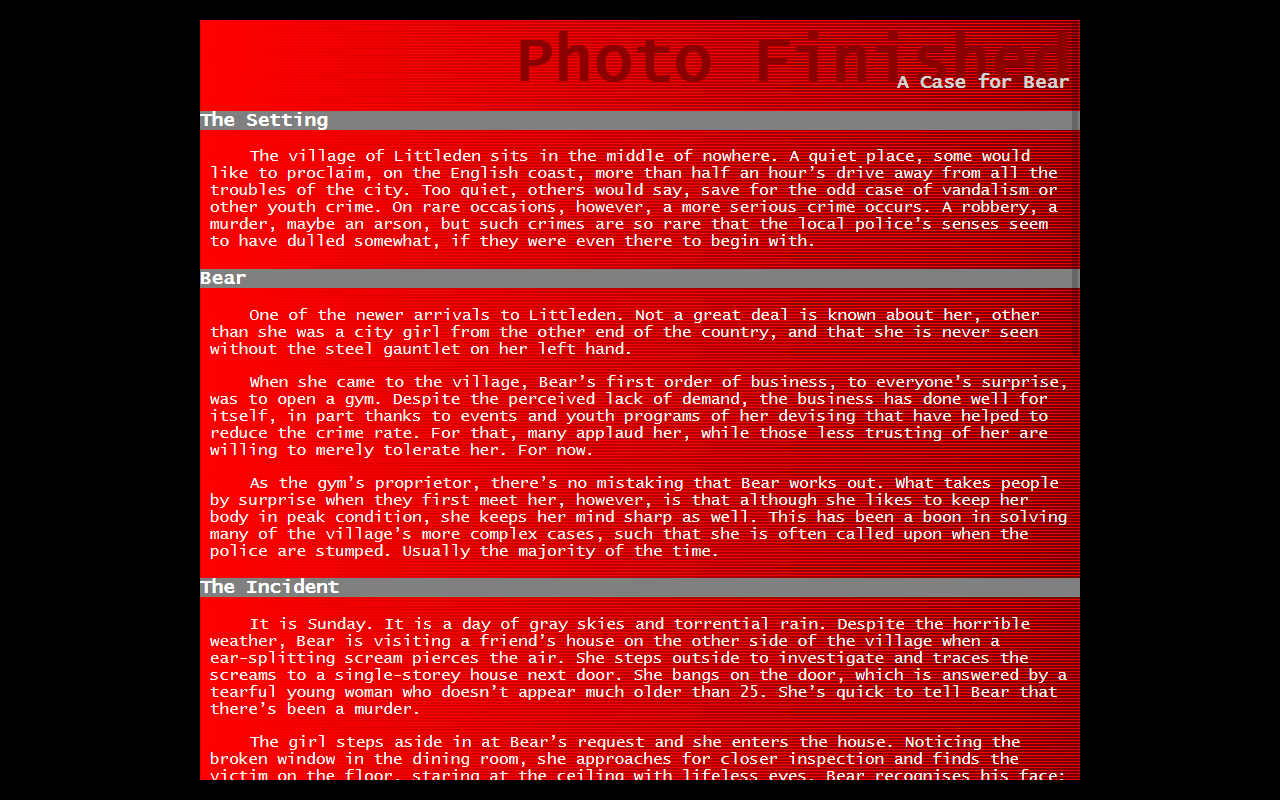 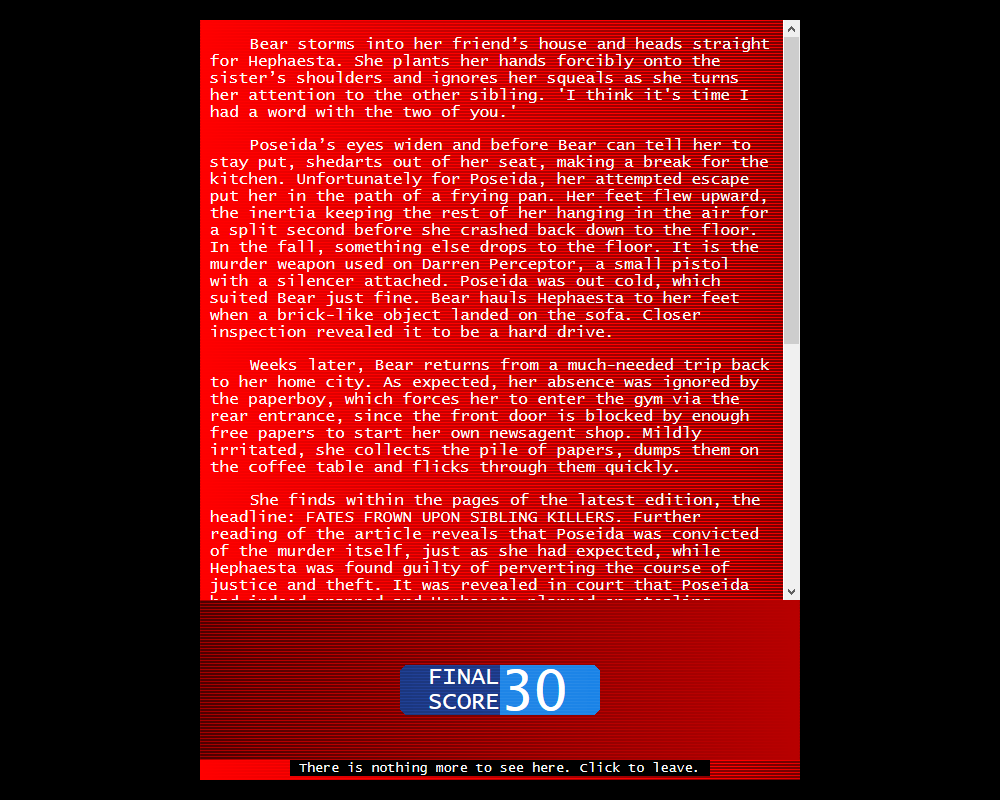 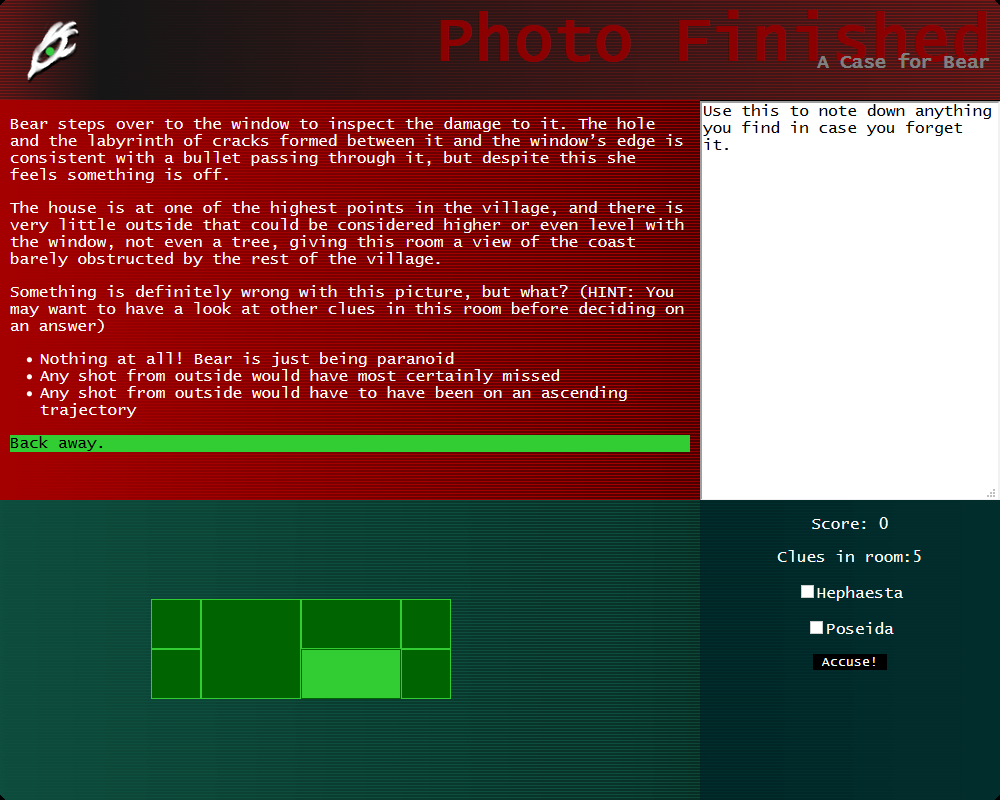